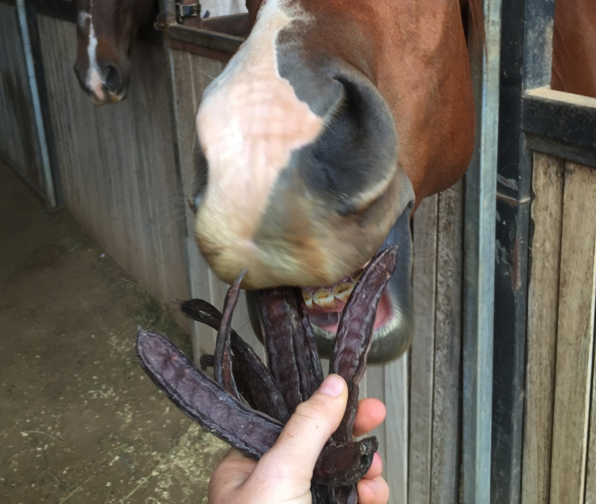 In a previous article we describe the benefits of trees and shrubs as fodder and provided  some examples of potential forage trees and shrubs for horses (see Alternative forages). Trees and shrubs can supplement the quantity and quality of pastures for grazing horses and reduce feeding cost of roughage. They can function as a substitute when there is seasonal shortage or risk of drought. Tree fodder systems can deliver additional benefits such as shelter, soil conservation, rough timber, and habitat. However, the leaves, stems, pods, and fruits of trees and shrubs should still only be used as a supplement to primary feed. Tree and shrub fodder as a sole diet is not suitable for horses. Moreover, as with many other feed products, it is important to gradually introduce horses to the fodder to have them accept their new feed.

At present there is limited information about the use of tree and shrub fodder as a feed source for horses. More research is required to determine the nutritive value, palatability, and, if applicable, toxicity levels (amount that can be safely fed) of various potential fodder trees and shrubs for horses. We refer you to the previous article for more information.

One of the trees that was mentioned in the article was Carob tree (Ceratonia siliqua, commonly known as the carob tree, St John’s-bread, or locust bean). Carob has been fed to livestock and used by humans for many centuries and its chemical composition and sugar profile has been extensively studied for nutritional and medicinal purposes (e.g. anticholesterol, antidiabetes, anti–diarrhea effects; see fact box).

Carob is especially useful for all livestock during drought and lambing times, as well as for horses because of it being a ‘cool feed’ (high fibre). While, there is limited information about the health benefits for horses, anecdotally carob has been promoted as an alternative for horses/animals that have an ”intolerance to sugar”. Dried carob pods, kibble, crumbs or meal is generally used and commercially available. However, if you have the right climatic conditions, you could also grow them yourself! Below you find a horse owners’ story by Brittany McVicar about the use of carob for their horses.

My family and I live on a 100 acre property ‘Baton Rouge’ located at Attunga, NSW, where we run both horses and cattle. Our horses are all of Quarter Horse bloodlines which we compete in both barrel racing and roping events across NSW, VIC and QLD. We first planted Carob trees approximately 12 years ago mainly due to their beautiful evergreen appearance, totally unaware of the excellent fodder properties they provide for both horses and cattle. It wasn’t until the trees matured and started to produce seed pods that we realised their potential for stockfeed. 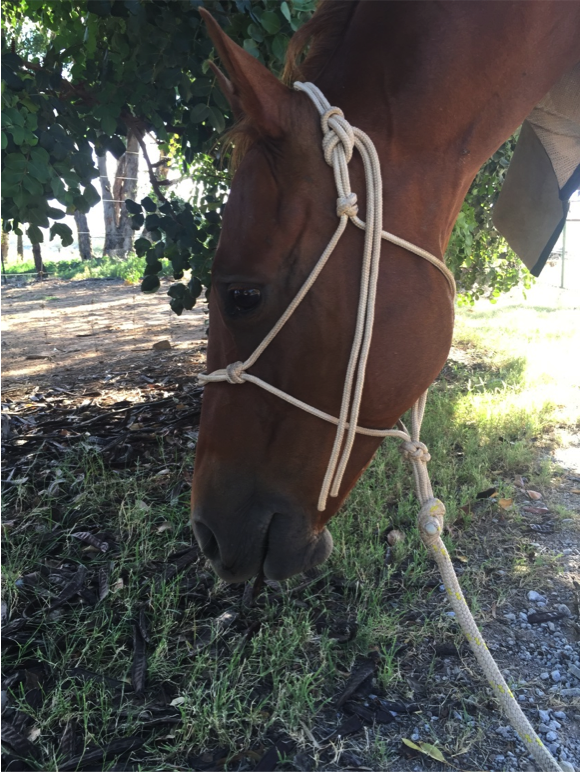 Harm enjoying some Carob pods as he passes the drive

We have a row of 10 carob trees lining our drive way, which is adjacent to one of the horse paddocks. It was in this paddock that we first noticed some of the horses grazing the pods from the ground and the lower branches at their own leisure. We now collect the pods that fall onto the ground and use them as healthy treats for our horses. We’ve found them to be a great alternative to the traditional sugary treats such as liquorice and the horses seem to love them just as much. Although it does take some time for the horses and cattle to get on to them, but once they develop a taste for the pods there’s no stopping them.

However, it is my 10 year old Barrel Racing horse “Harm” that has really taken a strongly liking to them and it has got to the point where it is almost impossible to lead him down the driveway without being dragged off your feet while he snacks on the pods. Harm is a very nervous horse and tends to lose his appetite when we travel, which is followed by weight loss especially after a long weekend of travelling and competition. This is where the carob pods have been particularly useful in keeping Harm eating all his feed. Before a long weekend I collect pods and run them through the grain cracker so that it is mixable with grain and this also helps to release the smell from the pods which Harm loves so much. I have found that just a handful added to his grain mix is enough to keep him eating while we’re away from home. Also we recently had a sick horse that needed a course of oral antibiotic and getting him to eat the antibiotic in his feed was proving to be difficult. Although when we added the cracked carob pods to the mix, there was no trouble getting him to eat the medicine.

With the hope of planting many more carob trees on the fence lines of the property, the trees will become a great asset to our native pastures. Being a legume the carobs will provide the protein source that our native pastures are currently lacking. Which will hopefully reduce the need for protein supplementation in the future, whilst providing a sustainable food source for both our horses and cattle.

Carob (Ceratonia siliqua): is a small- to medium-sized long-lived evergreen (semi-decidious) tree with dense foliage that grows up to 10 metres (32 feet) tall. It is also a member of the Fabaceae (pea) family and is native to the Mediterranean region (Battle & Tous, 1997). The plants are cultivated for their edible seedpods. The trees develop dark brown flattened pods (fruit) about 10–30 centimetres long and 2.5 centimetres wide. The pods contain pulp that has a sweet, chocolate taste and a number of bean-like seeds. Carob has a long history as a source of food, mainly for humans, but it is well recognised in parts of the world as a source of fodder for animals (i.e. goats, cattle, donkeys, horses) (Vekiari et al. 2011).

The pods of the carob, not the leaves, are consumed. Constituents of the seed, or bean, are (by weight): coat (30-33%), endosperm (42-46%) and embryo or germ (23-25%). The seed coat contains antioxidants. The endosperm is the galactomannan carob bean gum. It consists of a polysaccharide composed of mannose and galactose sugar units (ratio 4:1) which is highly viscous in water, over a wide range of temperature and pH. Carob seed oil has a very high essential fatty acid content.

If these health benefits are applicable to horses is currently unknown (no published data). However, anecdotally carob has been fed to sugar sensitive horses. 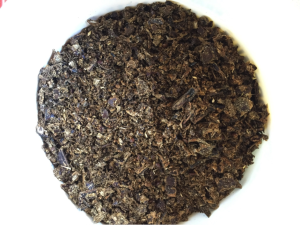 Carob pods are removed manually or mechanically from the branches and collected in nets placed under the trees. Harvesting must be done carefully to avoid damaging the next year’s flowers, which are fragile and close to the ripe pods. The fallen pods are air-dried for 48-72 h in a ventilated area (Sheppard, 2008; Battle & Tous, 1997). Once dried (about 92% DM), the pods are brought to the processing plant where they are crushed to separate the seeds from the pulp. The pulp is ground to different sizes depending on the end market (feed or food) (Battle & Tous, 1997). For animal feeding, whole pods may also be hammer-milled into carob bean flour or carob bean meal. The seeds have a hard coat that must be removed by acid treatment or roasting. The dehulled seeds are then split into endosperm, which is ground to produce gum, and germs, which are ground and dried to make carob germ meal (Battle & Tous, 1997).

Carob (Ceratonia siliqua): Slow growing, producing pods in 5-8 years; long-lived, about 100 years. Grows in a variety of soils. This tree is a legume, but it is not known to fix nitrogen, although this is highly likely. Prefers hot, dry climate, but is suited to wide variety of climates. Prefers well-drained, deep soils, but quality is immaterial. Susceptible to more than 3-4 degrees C of frost. Propagated from grafted stock. Carob is a perennial evergreen semi-deciduous tree. Require about 5% male trees for pollination. Trees need to be well spaced for best growth. Pods are consumed – seeds contain 21% protein; yield can be 400 kgs per tree or 50 tonnes of pods per hectare per year (Douglas & Hart 1978; Duke 1981).

The carob tree has great potential for restoring vegetation to degraded areas around the Mediterranean and other dry areas of the world, and for improving the productivity of lands which would be marginal for other crops. 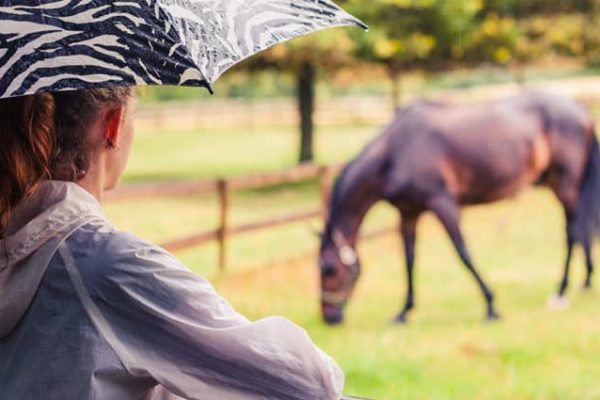 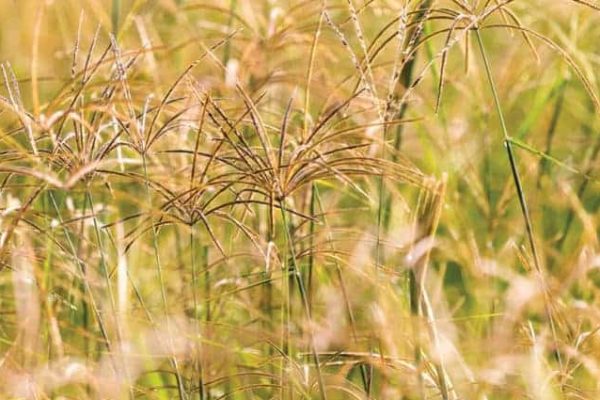 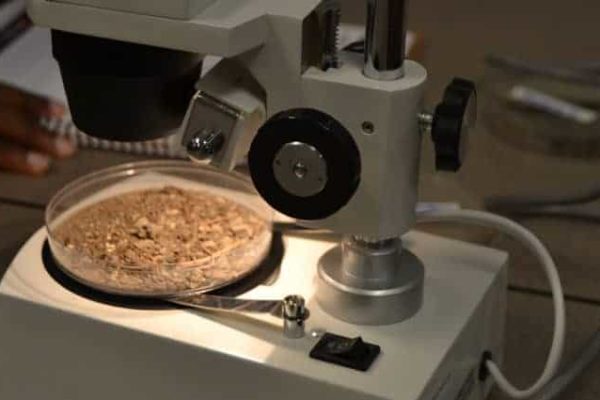